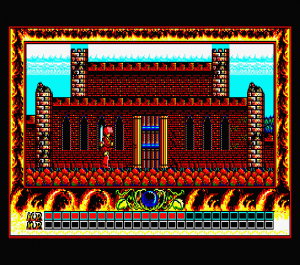 Mad Emperor Shiva is dead.
And then, Adin also stopped breathing.
after 17 years, this is what happened to both people.
It seems to be fate ....
And the whole country was silent as if harassed by the death of our two peoples.
but was it all really over?
No, this is not the case.
There is a mystery that has not yet been elucidated.
What was this strange figure that appeared during the defeat of Shiva?
And what is the legend of Triton?
Leaving a number of mysteries behind, the story closes the curtain.
And if a hero arrives, the curtain could open on a new story.
Now let's pray for five good people ...